Get to know your opal jewelry

So lets start of with knowing what opal actually is! So opal is a non crystalline form of silica, its classed as a mineraloid and is commonly found in rock formation in  limonite, sandstone, rhyolite, marl, and basalt.

Opal is the national gemstone of Australia and 95%-97% of the worlds supply of opal comes from Australia. Although in more recent statistics Ethiopian opal may have taken over.

Alot of the time in mainstream body jewellery has synthetic opal. The main difference of synthetic and man made is that, synthetic opals do not fluoresce under ultraviolet light. Synthetics are generally lower in density and are often highly porous.

There are some fun facts about opal which are the old historical myths that they carry. In the middle ages opal was a stone that could give the holder great luck, as it was believed to possess all of the virtues of each gemstone, whose colour was represented in the colour spectrum of the opal. It had  also been said to give the power of invisibility if it was wrapped in a fresh bay leaf and held in the hand.

There was a publication written in 1829 which lead to  a 50% decrease in sales of opal in Europe for the next 20 years because the story lead readers to believe that the opal was cursed after what happened to the Baroness in  his publication. ” The Baroness of Arnheim wears an opal talisman with supernatural powers. When a drop of holy water falls on the talisman, the opal turns into a colourless stone and the Baroness dies soon thereafter”. After this people started to associate opals with bad luck and death.

Opal is considered the birthstone for people born in October or under the signs of Scorpio and Libra.

If you like the more spiritual context on what opal could bring to your life. Opal is believed to be a stone for enhancing imagination  and creativity. A large proportion of the stone is water, it is said to be a water stone which can help  ease the efforts of handling change in life. Opal can help you continue on your path regardless of obstacles. Mentally, opal is said to enhance memory. It is also used to decrease confusion. 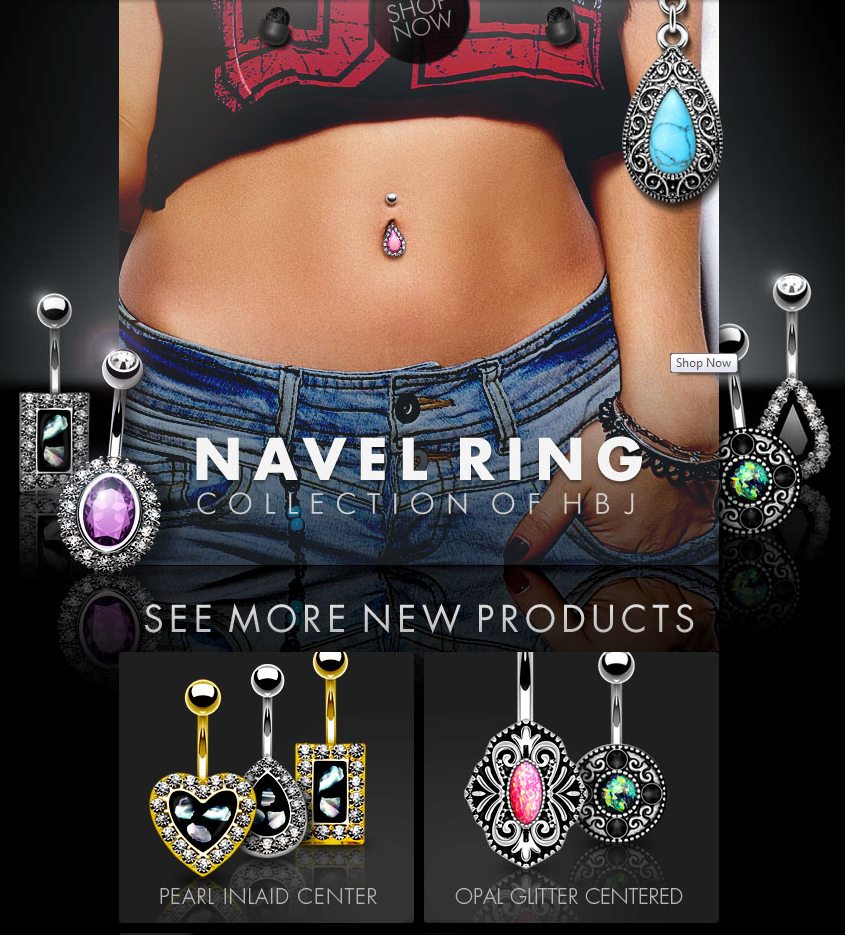 Hollywood Body Jewelry has updated with brand new navel rings on the website. New style with Pearl and Opal in center with a very antique design. Click on the images to direct you to the HBJ website. Also check out other